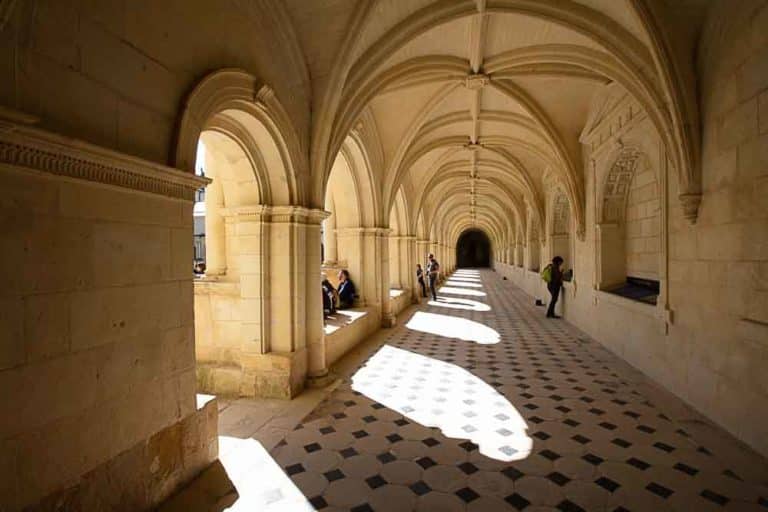 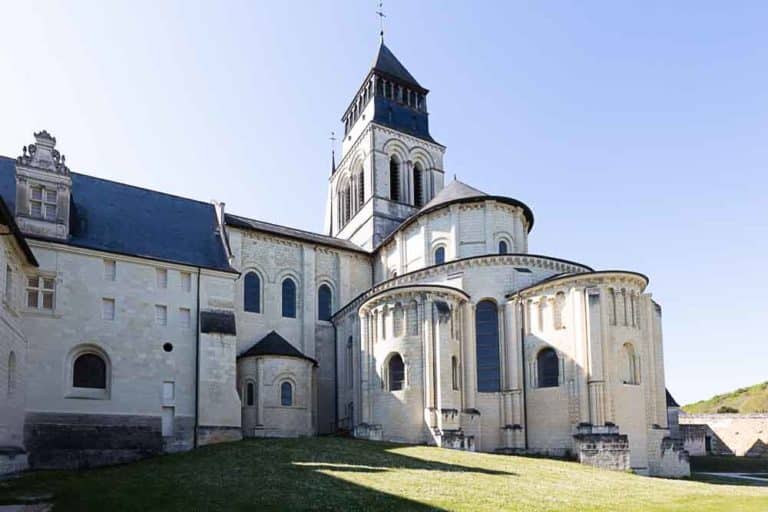 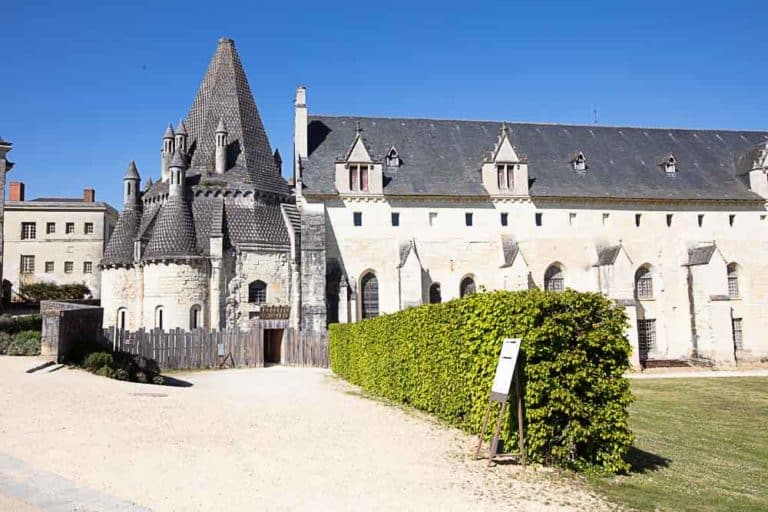 During your stay in Anjou, be sure to treat yourself to a short detour through Fontevraud, between Saumur and Chinon. This small town nestled among the vineyards of Maine and Loire is home to one of the most beautiful religious buildings in France, theFONTEVRAUD ABBEY. Listed as a UNESCO World Heritage Site, this abbey is one of the largest monastic cities in Europe. Nothing less !

A necropolis for Aliénor d’Aquitaine and Richard the Lionheart

Fontevraud Abbey was founded in the early 12th century by the monk Robert d’Abrissel, an itinerant preacher who had gathered a crowd of faithful. The abbey then offers the peculiarity of being mixed, which was not to the taste of the religious authorities of the time. It quickly became a double order with the monastery of St. Jean de l’Habit for men and the monastery of the Grand-Moûtier for women. The Order of Fontevraud is recognized by Pope Pascal II. Aided by the gifts of the great families of the local aristocracy, especially the Counts of Anjou, the abbey developed rapidly. It owes its development in particular to the reception of the necropolis of the Plantagenêt family at the end of the 12th century.

Royal Necropolis and Tomb of Richard the Lionheart

Henry II and his wife Eleanor of Aquitaine took the abbey under their protection. When Henry II died in Chinon in 1189, he could not be transported. It was therefore decided to bury him in Fontevraud. A few years later, RICHARD LIONHEART, son of Henry II and Eleanor of Aquitaine, died in turn. His mother decided that his remains should be buried in Fontevraud alongside his father, creating a necropolis for his dynasty. She joined them in 1204. The end of the Plantagenêt dynasty coincided with the decline of the abbey.

From the 13th century on, the abbey of Fontevraud experienced a more chaotic fate with ups and downs. However, it was the French Revolution that brought him a fatal blow. It is partially destroyed and it loses a large part of its property. In the aftermath of the Revolution, Napoleon turned Fontevraud Abbey into a prison. One of the hardest in France.

An abbey open to the public

It was not until the second half of the 20th century that Fontevraud Abbey regained its prestige. In 1963, after extensive renovations, it opened its doors again to the public. Even if the renovation work is still taking its course, the abbey of Fontevraud is now displayed with its brilliance passed with great architectural finesse all of blonde stone. The majestic abbey church is one of the main monuments you will discover during your visit. It serves as a setting for the four regions of the Plantagenêt Dynasty: Henry II, Eleanor of Aquitaine, Richard the Lionheart and Isabella of Angoulême. Nearby awaits the cloister, a rectangular space made up of four long galleries. It opens to the chapter house, a beautiful room decorated with 16th century paintings. It is amusing to note that portraits of nuns or abbesses have been added over the centuries to these scenes of the Passion of Christ. In addition to the religious buildings, Fontevraud Abbey houses surprising kitchens, an octagonal building of Byzantine inspiration.

A visit for young and old

The abbey of Fontevraud can be discovered as family visit. Indeed, different formulas have been put in place to make his visit as fun as possible with a track game to follow on a tablet.

One of the cultural sites of Anjou

In the shelter of the blond stone walls of Fontevraud Abbey, cultural events are now held. A superb setting for concerts or exhibitions.

Brantôme, Venice of the Green Perigord

Towing a caravan with an electric car? 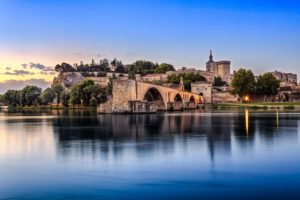