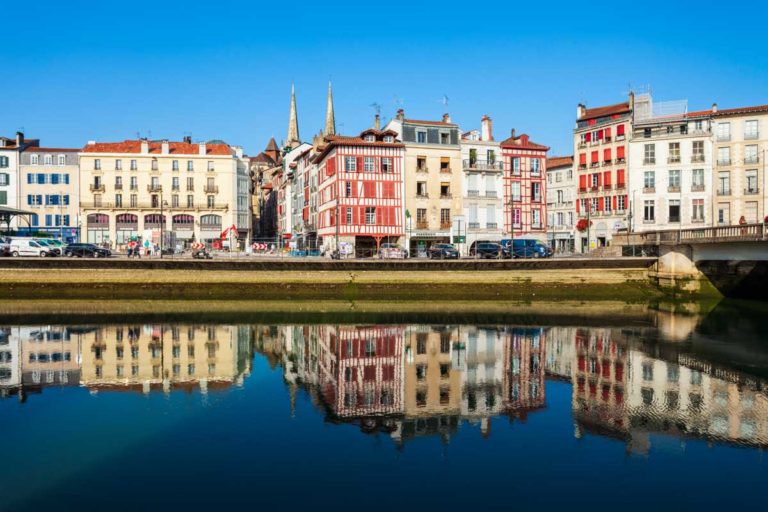 When you think of the Basque Country, the first city that comes to mind is often Biarritz. It must be said that with its privileged location, right on the Atlantic Ocean, Biarritz has many assets. But we must not forget Bayonne. More discreet, although it is the economic capital of the region, the town with its red half-timbered houses exudes an authentic charm. It’s a must for a camping holiday in the Pyrénées-Orientales or a camping holiday in the south of the Landes.

bayonne, City of art and history at the confluence of the nive and the adour

From the Pic du Midi de Bigorre where it rises, the Adour takes a diversion through the Gers and the Landes before ending its journey in the Pyrénées-Atlantiques at Anglet. Only a few kilometres before it meets the Atlantic Ocean, its waters welcome the Nive river, which comes from the mountains of Basse-Navarre. At the confluence of the river and the Nive, the city of Bayonne has grown, at the crossroads of the Pyrenean and Atlantic cultures. The Romans had already chosen this site to set up a port and a garrison camp. The commercial activity of this port exploded during the English domination under the Plantagenets. In the 15th century, when Bayonne became part of the Kingdom of France, the town became a stronghold and remained so until the dawn of the 20th century. The citadel and ramparts built by Vauban at the request of Louis XIV bear witness to Bayonne’s military past. Very well preserved and enhanced by green spaces, these ramparts are a pleasant place to walk in Bayonne.

Bayonne was awarded the City of Art and History label in 2011. It owes this in particular to its well-preserved old town where Sainte-Marie cathedral stands proudly. This beautiful Gothic cathedral, topped by two majestic spires, was built between the 13th and 16th centuries. It opens onto a superb cloister, the largest cloister in France. From the cathedral, the rue du Port-Neuf leads to the banks of the Adour. This street is one of the most typical in the city. It is lined with arcaded houses that house craftsmen and terraces of cafés and restaurants. If you are a chocolate lover, don’t miss a break at Cazenave, a particularly famous chocolate maker in Bayonne. Take the time to stroll through the pedestrian streets of the old town and admire the beautiful facades of the half-timbered houses. One of the most beautiful views is probably from the banks of the river Nive, where tall houses are crowded together. The ideal spot for a souvenir photo of Bayonne to take back from your camping holiday in Bayonne with your caravan, tent or motorhome. If you have time, a visit to the Basque Museum will allow you to learn more about the regional culture and the history of the city.

In addition to its architecture, Bayonne also stands out for its many traditions and its gastronomic wealth, with its famous ham at the forefront. It is a must for any stay in the Basque Country. Protected by a PGI (Protected Geographical Indication), this ham must respect very precise specifications: selection of breeds, salting with Salies du Béarn salt and a minimum of 7 months maturing. It can be eaten as tapas, accompanied by guindillas (sweet peppers in vinegar), in the many bars of Bayonne. If you like ham, choose to come camping in Bayonne during Holy Week. This is the date when the Bayonne Ham Fair is held, a convivial and gourmet moment.

The other great gastronomic speciality of Bayonne is its chocolate. Cocoa arrived in Bayonne in the 17th century in the suitcases of Jews expelled from Spain and Portugal. The presence of the port and the intense trading activity then contributed to the development of the chocolate industry in Bayonne. From the 19th century onwards, Bayonne was considered the chocolate capital of France. This tradition has been maintained to this day, as can be seen from the many chocolate shops, pastry shops and confectioners that dot the shopping arcades of the Rue du Port-Neuf and the pedestrianised streets of the old town. To learn more about Bayonne’s chocolate, you can opt for the guided tours organised by the tourist office or visit the chocolate museum. You can also time your stay in the Pyrénées-Orientales around the dates of the Bayonne chocolate days. For 3 days in May, the city celebrates its chocolate with visits, tastings, etc. Whatever you do, make sure you fill up on chocolate during your camping holiday in Bayonne, otherwise your friends will be angry with you!

The festivities in Bayonne

Let’s be clear. If you like crowds of people and music until the end of the night, the Bayonne Festivals are for you. If, on the other hand, you want to visit Bayonne peacefully, choose another date for your camping holiday in the Basque Country. For five days, on the last weekend of July, the city centre, which is closed to traffic, is invaded by hundreds of thousands of people in white and red colours to watch the Landes cow races, fireworks, Basque pelota tournaments, popular dances and concerts that take place all over the city. It’s festive and friendly and there’s something for everyone. Unless of course you prefer peace and quiet!

Our campsites in Bayonne

A selection of caravan, tent and motorhome campsites near Bayonne. 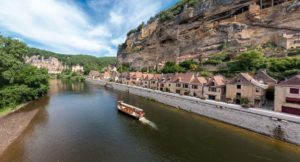