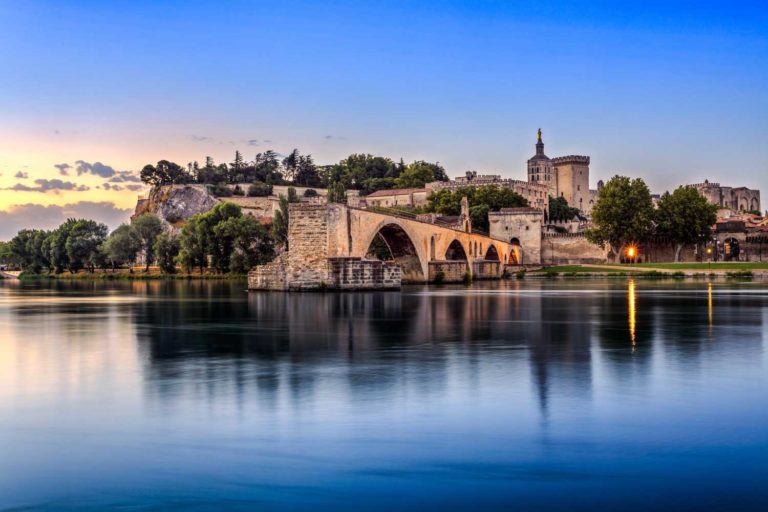 Avignon occupies a special place in French history. And even world history. This city, nestled on the banks of the Rhône, was the seat of the Papacy throughout the 14th century. A prestigious status that has given it an exceptional heritage that is well worth discovering during your camping holidays in the Vaucluse or in the Bouches-du-Rhône.

Our campsites in Avignon and Provence.

During the Middle Ages, and particularly through the 13th century, Popes used to stay outside Rome for varying lengths of time. None of the cities of residence, however, became a new capital of Christendom in place of Rome. At the dawn of the 14th century, Rome was a troubled city, torn by the struggles of rival clans. Since the schism between the Eastern and Western churches, the great Italian city was also out of step with the Catholic world, of which France and England were the main powers. When Pope Clement V moved to Avignon in 1309, he had no plans to make it a new religious capital. But Avignon had some attractive assets. In opposition to its Italian rival, the city enjoyed the profound peace that reigned in Provence and it offered the advantage of bringing the Pope closer to the kingdoms of France and England. He therefore settled there permanently and was followed by his six successors until 1376 (John XXII, Benedict XII, Clement VI, Innocent VI, Urban V and Gregory XI). After the death of Gregory XI, the Catholic Church went through a troubled period. Supported by England, Italy and the German emperor, a pope regained his seat in Rome, while France and Spain kept Clement VII in Avignon. His successor, Benedict XIII, gradually lost all his support and fled from Avignon in 1403. Rome then regained its status as the capital of Christendom. For almost a century, the Pope lived in Avignon with his court. The city experienced a demographic explosion and grew from 6,000 to 40,000 inhabitants, becoming one of the largest cities in Europe. From this period, it inherited an exceptional architectural heritage. Throughout the 14th century, the city was transformed and adorned with Gothic monuments. The emblem of this is the Palais des Papes, which you must visit during your camping holiday in Avignon.

Visit the Pope’s Palace during your camping holiday in Avignon

The Palais des Papes is the main legacy of the pontiffs in Avignon. It is essentially the work of two popes, Benedict XII and Clement VI. They built this monumental palace in less than 20 years. With its 15,000 m² of floor space, it is the largest Gothic palace in the world. In volume, this palace represents 4 gothic cathedrals! In total, your visit will take you through 25 rooms of the palace, from the great ceremonial halls to the pope’s private flats. Don’t miss the terraces from which you can enjoy a breathtaking view of the Rhône and the pink tiles of the old town of Avignon. To decorate what was to be the masterpiece of its time, the popes brought in some of the greatest artists of the time, such as the Italian painter Mattéo Giovannetti. In addition to its refined architecture, the palace offers priceless frescoes. In addition to your visit, you can discover the palace with a digital tour in augmented reality on a tablet, the Histopad. To better understand the Palais des Papes and the history of Avignon, extend your visit with the Petit Palais museum, one of the most beautiful European museums of medieval art.

During the Avignon Theatre Festival held every year in July, the courtyard of the Palais des Papes hosts prestigious theatrical creations.

Along with the bridge of Saint Bénezet, the Petit Palais, the cathedral and the ramparts of Avignon, the Palais des Papes is a unique architectural ensemble that has been classified as a UNESCO World Heritage site. Dominating the city, the Basilica of Notre-Dame des Doms, which adjoins the Palais des Papes, completes the picture. It can be seen from afar, topped by its golden virgin. Considered one of the masterpieces of Provençal Romanesque art, it is an unmissable visit during your camping holiday in Provence.

discover the famous Pont d’Avignon from your campsite in Provence

The Saint Bénezet bridge is one of the other emblematic sites that have contributed to Avignon’s reputation. Started in the 12th century, its construction was spread over several centuries. It spanned the Rhône and had 22 arches for 920 metres. Unfortunately, it was destroyed during a flood in the 15th century. Only the part of the bridge that is visible today remains, consisting of 4 arches.

The medieval charm of Avignon

If the city of the Popes has prestigious monuments classified as World Heritage by UNESCO, it is also worth visiting for its old town. Sheltered by 4.3 km long ramparts, the historic heart of Avignon has retained its medieval charm with its narrow cobbled streets with eloquent names such as the rue des teinturiers. The old town of Avignon is dotted with pretty little shady squares where the art of living in the Provençal style is expressed better than anywhere else. Of all the squares, Place Pie is the liveliest with its bars and restaurants whose terraces stretch out under the plane trees. Avignon’s religious heritage did not end with the departure of the Popes. The history of the city is written in the stone of its churches. As you stroll along, you will discover Gothic or Baroque chapels at the corner of an alley. So many hidden treasures waiting to be discovered, such as the Chapel of the Black Penitents or the Chapel of the Grey Penitents. Well hidden on a small cobbled square, Saint Peter’s Basilica is often revealed by chance to the visitor who feels lucky to discover it while contemplating the lacy stonework of its façade.

Camping in Provence during the Avignon Festival

Every year in July, Avignon celebrates theatre and the performing arts during its prestigious festival. Created in 1947 by the director Jean Vilar, this festival takes place in the courtyard of the Popes’ Palace, in the cloisters and in the schoolyards. Actors, musicians and dancers put on a show to the delight of the tens of thousands of spectators who flock to Avignon for the occasion. Every year, Avignon welcomes about forty for the official festival and many more for the OFF festival. Avignon is then agitated by an incredible artistic abundance. But, let’s face it, this is not the best time of year to visit Avignon. If you don’t like the crowds, you’d better choose another time.

Our campsites in Avignon

A selection of campsites for caravans, tents and motorhomes around Avignon.

Medieval festival in Pérouges, close to your campsite in the Ain 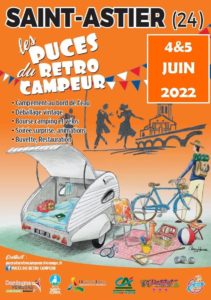