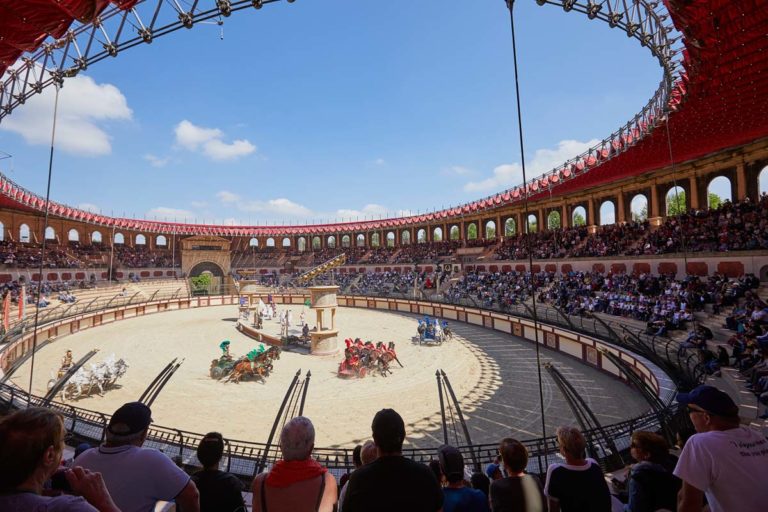 To list the many awards won by the PUY DU FOU park would be enough to justify a diversion to the Vendée during your camping holiday in the Vendée or the Deux-Sèvres. The Puy du Fou has indeed been voted the best theme park in the world and the best park in Europe on several occasions. And Tripadvisor users have placed it in 2nd place among their favourite theme parks. That’s all there is to it! Not to mention the attractions and shows that have been winning awards for several decades. The latest award to date, the Fire Wedding show, a night-time phantasmagoria on the theme of the 19th century, received the Show of the Year award at the Park World Excellence Awards.

LE PUY DU FOU, AN AMUSEMENT PARK THAT PLUNGES YOU INTO THE HISTORY OF FRANCE

No one would have bet on such a success when the Cinescénie show was first performed in 1978 at the Château du Puy du Fou. However, 40 years later, the park attracts more than 2 million visitors every year. Its shows are still as attractive as ever and its attractions are a delight for families. The success is such that this year, a variation of the Puy du Fou is opening in Spain.

Discover while having fun with attractions on historical themes

During your day at the Puy du Fou park during your camping holiday in the Vendée, you will be offered a real plunge into French history. As soon as you arrive at the Puy du Fou, four reconstructions of period villages will take you on a journey through the centuries with a fort from the year 1000, a medieval village, a Belle Epoque village and an 18th century village. All these atmospheres are recreated by craftsmen and shopkeepers in period costumes. Stroll through the streets and imagine yourself going back in time!

In addition to these re-enactments, the Puy du Fou is famous for the shows that punctuate its days. They will take you to various moments in our history, with impressive settings. Don’t miss the circus games in the Gallo-Roman Stadium, the interactive visit of the castle with its talking paintings or the arrival of the Viking longships! All of these moments tell us about our history through exciting shows.

Les Noces de Feu, a magical moment in the Vendée

It is at dusk that the most beautiful shows take place. Since 2020, Les Noces de Feu has become an unmissable part of a visit to the Puy du Fou. This half-hour show brings together 30 actors and underwater stuntmen on a 7,000 m² submerged stage. The water jets, music and light effects make this a magical moment.

The Cinescénie, the biggest night show in the world

To end your day at the Puy du Fou, the Cinescénie show takes place at nightfall. You won’t soon forget this incredible show! It is the highlight of your day. The numbers speak for themselves. 2,500 actors, 28,000 costumes, a 23-hectare stage… All this for the biggest night show in the world. La Cinéscénie tells you several centuries of French history, enhanced by dances, ballets and pyrotechnic effects. An unforgettable show not to be missed during your camping holiday in the Vendée!

Our campsites near Puy du Fou

A selection of the best campsites for caravans, tents and motorhomes near the Puy du Fou.

Visit the Zoo of Doué la Fontaine with your family 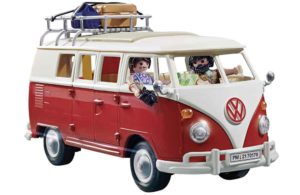